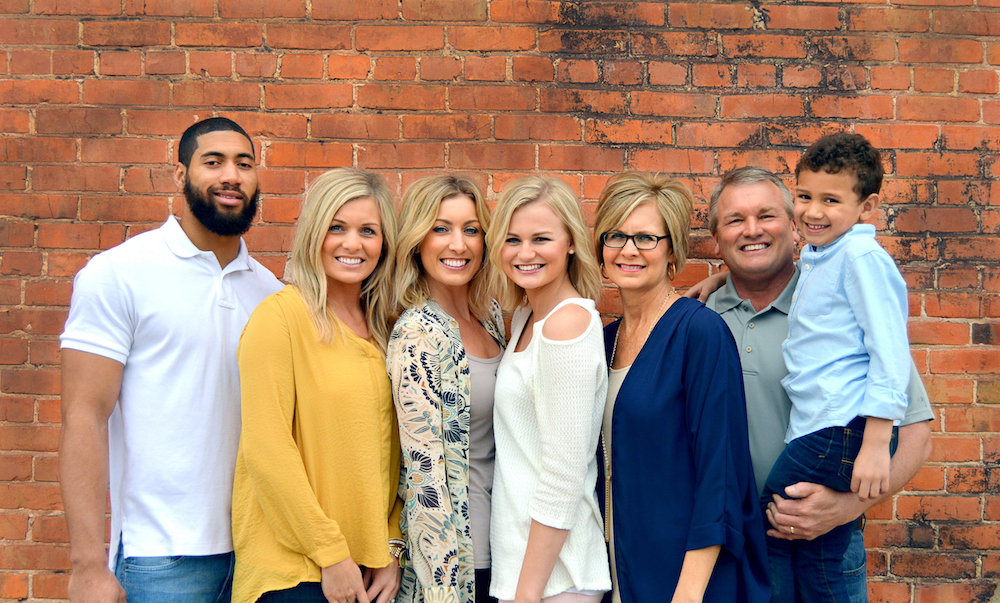 A passionate, caring mother of three daughters, Kelly Vanderplas became a member of the Never Flinch Foundation because she loves helping others and truly believes in the mission of the Foundation.

Raised in Phillipsburg, Kansas, Kelly has been involved in her community in various organizations as well as her church.

Kelly is married to the love of her life, Jeff. They were married in November, 1979 and began an exciting journey together as Jeff was drafted by the New York Yankees as a left-handed pitcher. Baseball life took them around the country, but they ultimately ended up back in Phillipsburg in 1983 to start a family in the small town they both grew up in. They were blessed with three daughters, Kacye, Brooke and Raegan. Their family has grown, adding a son-in-law, Jimmy and a grandson, Taebor, who Nana loves to spoil.

Kelly is looking forward to helping fulfill the mission of Never Flinch and is very excited about the opportunity to serve. She sees herself as a vessel that God can use to witness and come alongside other families that are walking through seasons of hardship in their lives.

“Each of you should use whatever gift you have received to serve others, as faithful stewards of God’s grace in its various forms”. 1 Peter 4:10