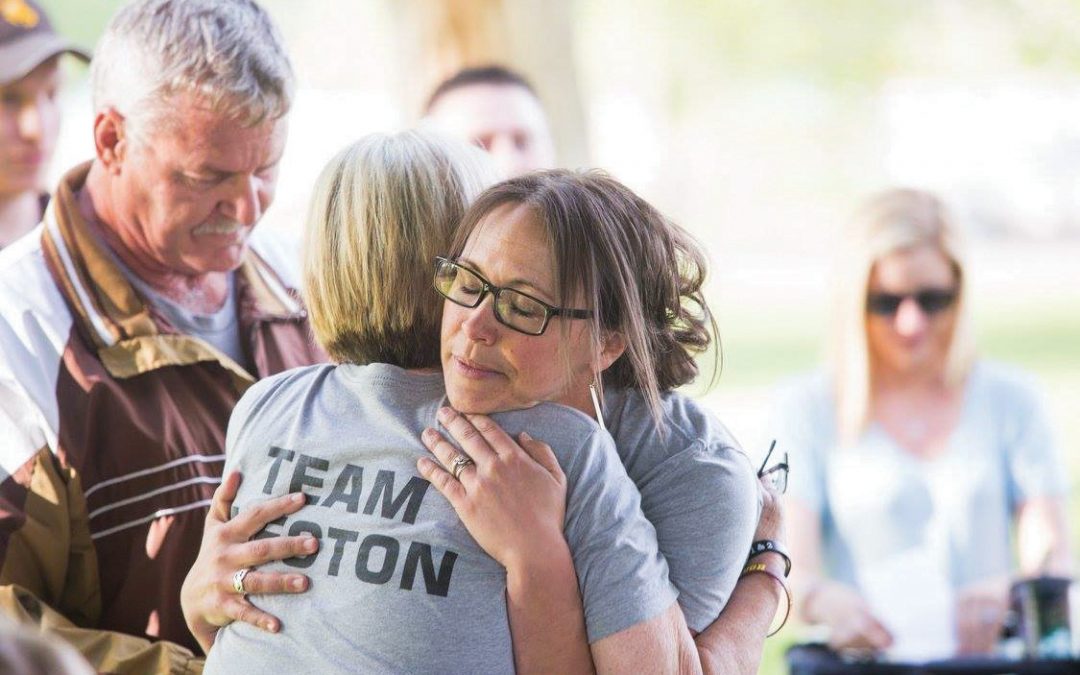 His family, from Wray, Colorado, chose to create scholarships in Johnson’s honor for two student athletes from Wray and Sheridan. In April 2016, the family’s generosity turned into a full-fledged foundation, named Never Flinch after Johnson’s key phrase when fighting his battle with cancer.

“One of his high school coaches would always tell his players to never flinch; fight battles, don’t flinch,” said Never Flinch board member Jeff Bowie of Sheridan. “That became his motto as he was fighting cancer was to never flinch.”

Feeding into the Never Flinch Foundation is the Sheridan Volleyball Club, an AAU-division club started by Bowie and his wife, Paula, five years ago.

“The first year, it was real small,” Bowie said. “The second year was when Weston passed. I didn’t know him, but I know a lot of people that did. They’re pretty passionate about him and his mission and his kind-heartedness, so as a club we adopted that as our charity, I guess is the best way to put it.”

Bowie said the club works as a nonprofit organization, including volunteer coaches and board members. Girls ages 10 to 18 pay a nominal $220 fee to participate for a season. The club hosts two large tournaments in Sheridan every year.

“As we were going through the budget the second year when we were hosting tournaments, we were like, ‘What are we going to do with all this money?’ As a board, we adopted the Never Flinch (Foundation),” Bowie said. “Since then, $20,000 is what we have donated over the last four years to the Never Flinch Foundation, which has helped with our grants.”

The Bowies stepped down from their roles as board members for the Sheridan Volleyball Club to focus their time on the Never Flinch Foundation board. Because of an $8,000 donation this year from the club, Never Flinch was able to endow the scholarship, making it self-sustaining. With the Johnson family’s connections to Kansas and Colorado, and with Johnson playing football for the University of Wyoming throughout college, other donations come from those areas as well. In turn, Never Flinch pumps the money back into the communities through the scholarships and other projects.

Bowie even noted that the foundation was able to purchase sunscreen dispensers to put in War Memorial Stadium.

Never Flinch officials expect to complete a similar project for the walking paths in Sheridan this summer, but the Bowies said the board continues to work out details of the plan.

The newest aspect of Never Flinch is its grant opportunity for the community members of Sheridan, Wyoming; Wray, Colorado; Phillipsburg, Montana; Kansas; and Laramie, Wyoming. The grant provides reimbursements to those undergoing cancer treatments. The grant will reimburse up to $2,500 per person annually (pending availability of funds) for travel, fuel, lodging, meals and medical deductibles, among others. The family wanted to bless those affected by cancer, create awareness about melanoma and continue Johnson’s legacy.